Any angler, be an expert or a beginner, might have heard about different fish finders. It might also happen that you have used them or still using them. Most people are unaware of the functionality of a fish finder. Knowing about the functions of the device may help you get the most of it while fishing in different bodies of water. So, how does a fish finder work? Let’s find out!

What is Fish Finder

Fish finders are small electrical devices that are used to locate fish underwater. However, this special device not just show fishes around the boat, but also indicates depth and information about overall surroundings.  It uses sonar technology and sometimes GPS to display the information you required. Not every person is technology savvy. For this reason, it not surprising that a lot of people and even many fishermen do not know the working mechanism of a fish finder.

How Does a Fish Finder Work

The Basic Mechanism of a Fish Finder

Generally, a fish finder consists of two different parts. One is the computer with a display and the other is a sonar device. The computer/display unit is also sometimes called the head unit. Nowadays, most of the fish finders of the market are found a combo of internal or external GPS receiver, a transducer and a fish-finder head unit (Computer/Display). However, different types of accessories can also be attached to fish finders for enhanced functionality. Mostly used accessories are Bluetooth and network devices, various imaging devices, advanced sonar which includes Panoptix and 360 Imaging.

The working procedure of all fish finders is almost the same. Both side view fish finder and bottom line fish finder use sound frequency to detect the presence of fish underwater.

Transducer: How does it Work

If you consider computer or display unit of the fish finder is the brain of the finder, then transducer would be the ears and eyes. A transducer performs the real work of detecting underwater information and sends it to a small computer/display unit where the data is processed and then displayed.

Transducers consist of an underwater sensor which sends information to the computer display unit. There are different types and sizes of transducer available. However, the primary and primary function of a transducer remains the same. Every transducer consists of a piezoelectric sensor which vibrates at a particular frequency and emits sound waves to the water. For every complete wave (Ping), there is always a return signal. The strength and time of the return signal are then converted into an electrical signal and sent to the computer/display unit. This is the complete Sound Navigation and Ranging (SONAR) system. After receiving the return signal, the computer/display unit processes it and displays the result.

There are different types of sensor elements available based on the frequency used. The traditional and old 2D sonar utilize a round shaped sensor which emits a low amount of frequencies to most modern sensors. Most imaging devices use a high amount of thin frequency signal. The CHIRP sonar can produce frequencies of much broader bands which sometimes called the broadband sonar.

Fish finders with GPS capabilities can plot your position and easily track you on the map. Most modern fish finders have internal GPS signal receiver. If you have good quality gander mountain fish finders, then you know the benefits. However, do not worry if you have Hawkeye portable fish finders which have no GPS. You can still use an external GPS receiver to see the position and moving direction correctly.

For fishing, a perfect map and a good GPS receiver can be highly useful for scouting, navigation and marking waypoints so that you can return to your favorite spot at a different time. With latest Garmin and Hummingbird fish finders you can even create your map of unmapped water areas. All you need to do is to travel that area in zigzag pattern and software of your fish finder will automatically generate a map for you.

Of course, fish finders are made to find fishes, but sonar sensor does not differentiate any objects under water. For this reason, you will also be able to find rocks, swallow waters, logs and other objects. Now that you have learned everything about the working procedure of a fish finder, you will be more accurate to use this device. Also, do not hesitate to write us back if you think you need more information about how does a fish finder work. Finally, Happy Fishing! 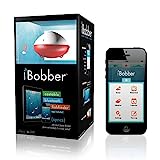 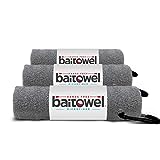 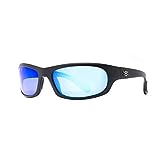 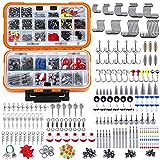 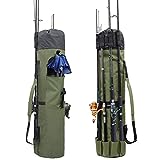 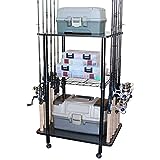